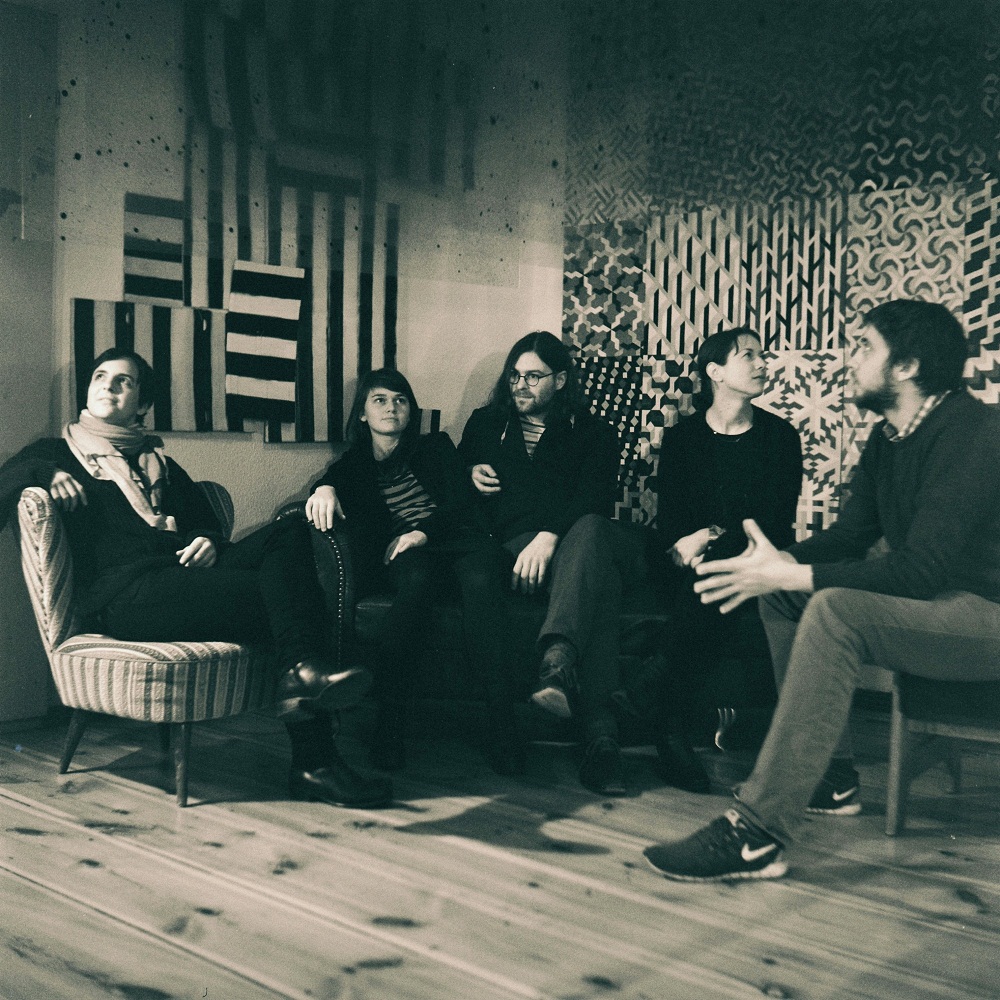 As always, not only works were shown, but also networks were represented. The artists studied at “Braunschweiger Schule”, partly they work and live together, they share interests and had exchange over years. The living room of curator Yvonne Reiners was a meeting point for the artists works.
>>We know each others since studying Fine Arts together at HBK Braunschweig, We lived together, shared a bed and more, we had drinks together. We shared everything, we even dished our dirt in public and asked each others often: does love or hate glue us together?
Dear Birte Bosse, dear Berenice Güttler, dear Sophia Schomberg, dear Sebastian Körbs, dear Nikolaus Baumgarten, as many times, I like to invite you to my home. This time my aim is to find out something about your work. All of you share some kind of interest for patterns, signs and ornaments. Lets try out in which ways your works are already influenced / infected by each others. When comes the moment of destruction? Friendship is beautiful.<<
NOTE: As I am aware of the tradition of exhibitions in living rooms, as described for example in the famous book “Stationen der Moderne”, I asked the photographer Ines Kotarac to portrait the artists in the style of “Avantgarde”.