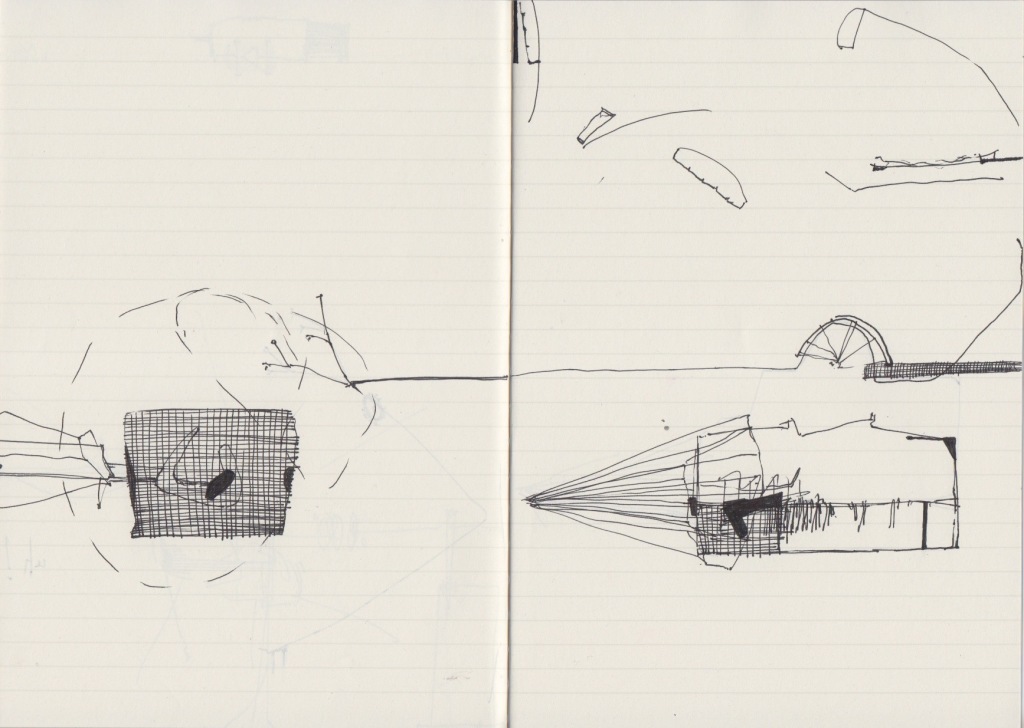 Correspondence #1 took place at Kunsthochschule Weißensee on the occasion of an AIR Berlin Alexanderplatz salon, as part of artist Reg Carremans´ residency.

The salon was a combination of activities of which the drawing part was one. The other activities could be seen as the ‘interventions’ aspect of the workshop. They were a Malerweg performance (Reg Carremans was wearing a “Malerweg- shop”), a guided tour of the building followed by a talk by Hanna Hennenkemper on the planned skills colloquium at the college. We finished with a discussion on the topic of art education and skills.
When first discussing this event we talked about using stuffed animals from KH Weißensee’s depot. When this wasn’t going to happen, we happily kept the original envelope content, as it created the sought after discrepancy between the course content and the context.

Sketchbooks and pencils were kindly provided by ABA.
ABA AiR Alexanderplatz is an artist-run research based artist residency at Berlin Alexanderplatz. Founded by artists Susanne Kriemann and Aleksander Komarov in 2009, ABA offers residences to researchers from Switzerland (through Pro Helvetica), The Netherlands (Mondriaansfonds) and Belgium (Kunstenenerfgoed) and serves as a living space, production studio and meeting point for residents and their extended communities. Performing Encounters and ABA collaborate since 2015.