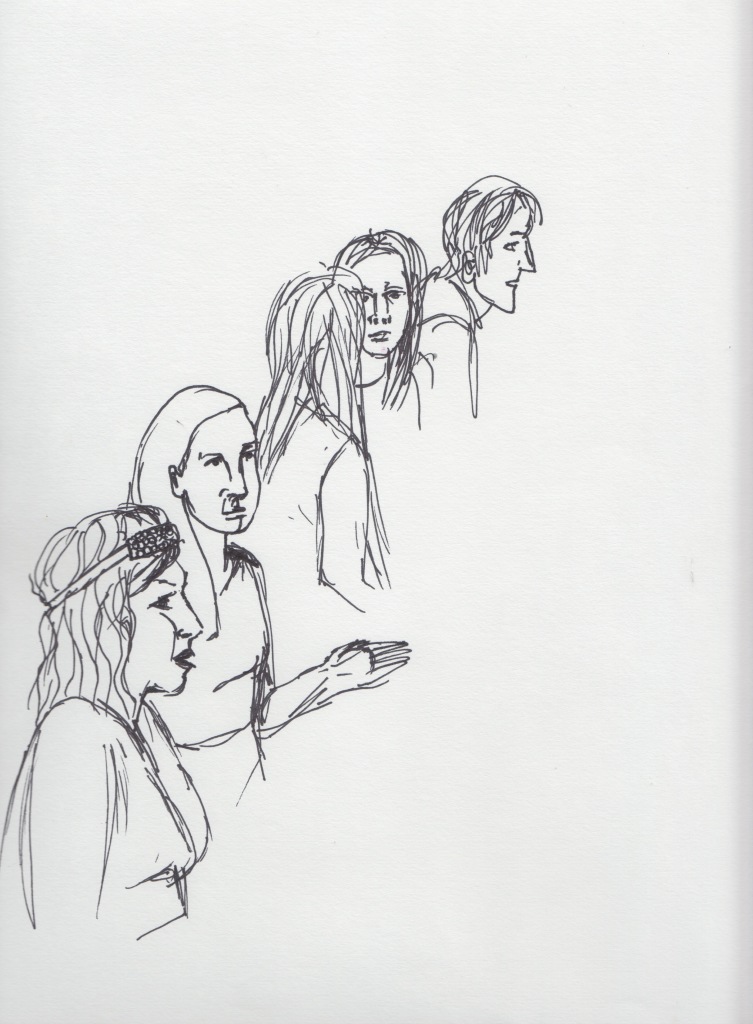 An evening on the occasion “State of Conservation” by Tobias Sjöberg at Grimmuseum.

Tobias work deals with repetition and rhythm. One can read the rhythms as reference to accelerated tempo in times of accelerated growth : Contemporary time is jam-packed with appointments, is growing faster and faster. Everyone is striving for more – and our world keeps evolving.
We encountered a ̶r̶̶e̶̶l̶̶a̶̶t̶̶e̶̶d̶̶ ̶̶(̶̶?̶̶)̶ modern movement: the Futurists.
Filippo Tommaso Marinetti published the “Manifesto of Futurist Cooking” in 1930.
Enrico Centonze cooked original recipes taken out of the book:

NOTE: Sophia Schomberg was drawing us during the evening.