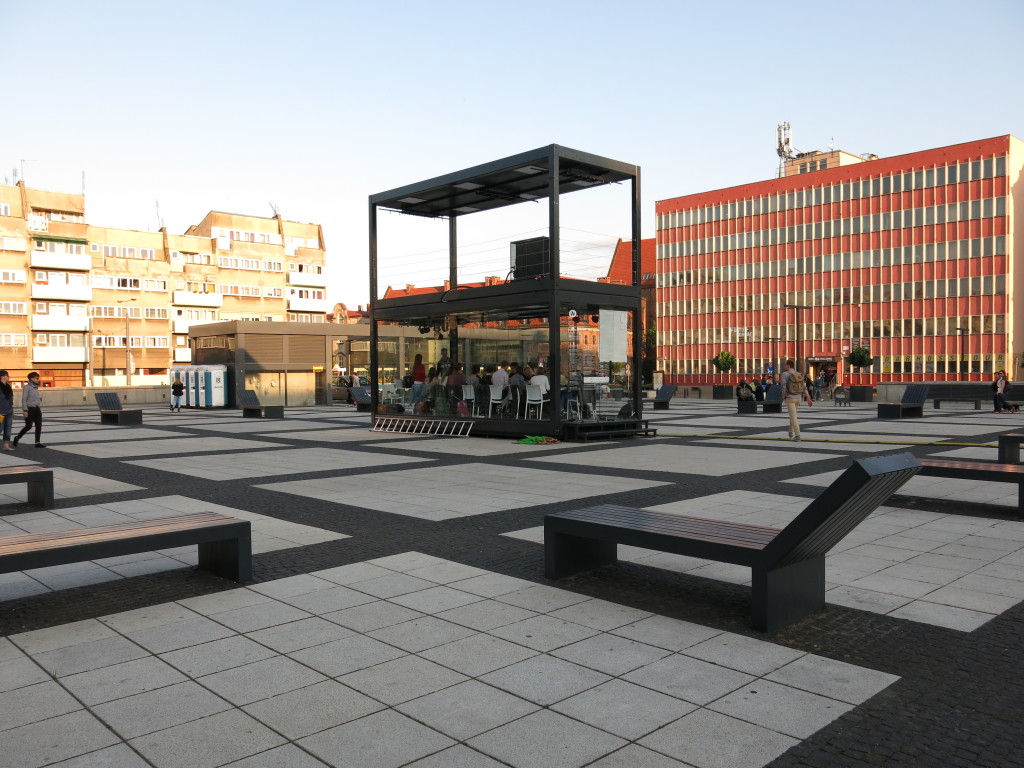 Performing Encounters and YKON were invited to contribute to the
Goethe-Pop Up Pavillon (on the occassion of European Cultural Capital Breslau 2016).

As I propose “dialogue” as space for criticism together with artists, and/or other critics, activists and interested subjects, I like the blurring, hybrid liminal spaces that arise from the collaboration practice “working with”.
This concept tries to avoid the top-down hierarchies in art, be it experts’ authority or symbolic capital accumulation. It means to favor the critical dialogue and to foster the argument, but to reject the existing codes of communication, such as exclusiveness, arrogance and careerism. It means to get rid of strategic sociality (the selective socializing only as part of professional interest and benefit). In this spirit, I’ve invited the artist collective YKON to create a dinner-as-game, that plays with social conventions at the dinner table.

It was a nice trip to Breslau and I was so happy to see, how my “baby”, the YKON DINNER, has evolved since its premiere at Haus am Lützowplatz in April 2016. We had inspiring discussions about Breslau/Wrocław and urban planning, bicycle activism, plant consciousness and art in general. I had the feeling, that we were “working with” each others and created a public sphere of debate. It was joy-and delightful!

Thank you, Pekko and Tomas from YKON and Thanks for inviting us, Goetheinstitut Krakau!